Performance Line One Cattle for the Working Cattle Rancher Since 1979 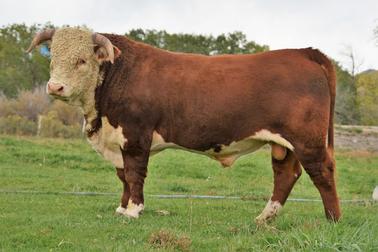 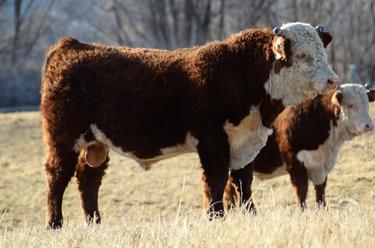 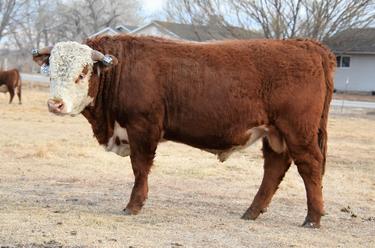 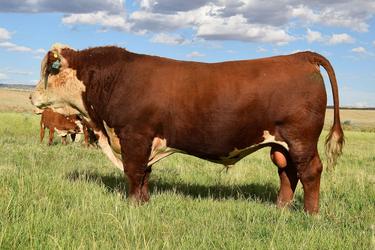 After studying the 420B daughters at Holdens for the past few years, and witnessing their phenotype, longevity, and production, we attended the Holden 2022 sale with our sites on 1052Y.  We were pleased to see that this young bull had the power and style to make a mark on our program, and we were lucky enough to acquire him.  1052Y is smooth made with a very clean front shoulder.  He is red to the ground and adds extra pigment, length, and great muscle.  His pedigree is stacked with maternal greatness as he has an impressive 8 straight donor cows in the bottom including 7112E, 4050B, 1010Y, 6033S, and 147L.  In the top side of his pedigree he adds notable donors including 9176W, 1088L and 9228W.  He ranks in the top 15% for SCROTAL, Milk, M&G and MARB EPD's, and he ranks in the top 10% for UDDER and TEAT and all 3 Profit Indexes.  Semen available.

0212H is a superior 8120F son out of a fantastic Holden bred cow (5122C) that goes back to the 5139R on the bottom side of her pedigree.  5122C has a very good udder and an exceptional phenotype.  0212H exhibits extra length of body, style, and thickness, and his first group of calves exhibit extra growth and style similar to his own.  He has an incredible epd profile and ranks in the top 10% for WW, YW, SC, TEAT, and Carcass Weight.  He also ranks in the top 20% for Sustained Cow Fertility, UDDR, MARB, and all three Profit Indexes.

We had a very special set of 9108G sons that we were able to offer in 2022 for the first time.  1229J was one of those sons and we were very excited to use him to pass on his length of body, muscle expression, pigment, and maternal strengths.  His dam (6129D) is an outstanding freckle-faced 2158Z daughter with a great udder.  We have always wanted to use a bull out of a 2158Z daughter as they exhibit superior udder quality, length of body and overall do-ability in our arid environment.  We anticipate that 1229J's sire, 9108G, will leave a lasting impact for his maternal strengths and look forward to his daughters entering production.  1229J will continue to keep our emphasis on the constant improvement of maternal strengths in our program.  Semen available. 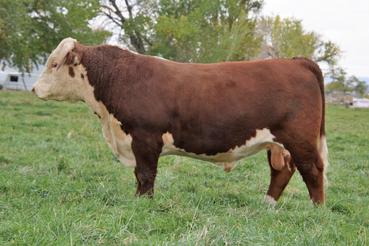 0214H was retained from our 2020 calf crop to use as a heifer bull.  He was a stand out for overall thickness, phenotype, depth of rib and his smooth shoulder.  His dam, 7103E, is a great uddered 472B daughter that is out of a top producing 0002X daughter.  The 472B daughters are the kind of females that we would take a whole herd of.  We used his sire 5304C AI and were really happy with the results.  We have 3 paternal sisters that all show great promise as first calf heifers.  We now have 0214H's first calves and they came small and show extra style! His first calves exhibit extra thickness and eye-appeal!  Semen available. 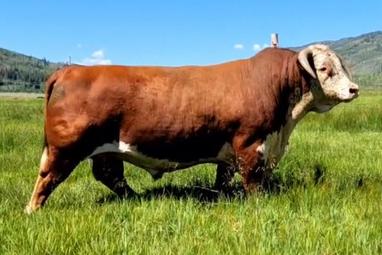 In 43 years of the purebred Hereford business, Johansen Herefords has focused on high performance herd sires to improve on growth and EPD's.

This focus has been grounded on producing a female that has the predictability, vigor, and durability to strengthen purebred and commercial herds.  Our Line One bulls have been purchased from Holden Herefords, Cooper Herefords, Baker Herefords, Ft. Keogh, Rock Creek Herefords, and Carlson Herefords.  We have also been fortunate enough to produce breed-leading herd bulls from our own program.  Our emphasis for herd bull selection has been to create efficient and highly maternal females that will endure and to produce a high performing, predictable calf that will add dollars to your bottom line.  See our top sires below and MORE.

1254J's dam is a very special female (0232X) that has been an exceptional producer.  She produced 10 calves with only one of those being a female.  She is currently front-pasture female in our herd.  0232X's sire, 555R, was a superior bull for his maternal strengths.  1254J is an exceptional 6212D son that exhibits great muscle expression, pigment, and overall phenotype.  He backs that up with a strong epd profile that should work well on heifers.  We are currently using him on our 9108G daughters and look forward to that cross next spring.  He ranks in the top 10% of the breed for CED, BW, SC, Sustained Cow Fertility, and Calving Ease Maternal EPD's and the top 20% for 2 of the 3 Profit Indexes.

We purchased 1073J in Holden's 2022.  He is an impressive individual that is smooth made with extra depth of body and muscle expression.  He backs that phenotype up with a very strong maternal pedigree.  His dam (2022Z), grand dam (7003T), and great grand dam (5139R) were all premier donor cows at Holdens.  Each of those females have produced top herd bulls and daughters that have been breed movers.  The top front of his pedigree also has Cooper greats like 7111E, 4136B, and 759T.   We are very excited about the potential this young bull offers maternally and we think he'll sire top notch bulls.   He ranks in the top 20% for CED, WW, YW, and MARB EPD's and the top 10% for $CHB.  Semen available.

We were lucky enough to acquire 733E from Olan Finlinson before our 2022 Spring breeding season.  We had previously used him AI in our herd, with great results.  He produced some outstanding sale bulls for us, but we weren't lucky enough to have any females by him yet.  After watching mature and work over the past couple of years at Olan's and seeing his daughters in production, we were eager to be able to use him alot more.  We want to create a great group of females with extra hip, style, and dimension while adding udder quality.  It is also worth mentioning that 733E is a direct son of the most storied Line One female in the past decade at Coopers, 055X.  He is also out of the very maternal 5191C herd sire that Coopers used.  733E is a very impressive individual on his own right.  He is an extremely stout and sound made bull with extra depth and bone while standing on a wide base.  He ranks in the top 10% for WW, YW, and SC EPD's.  We look forward to using him heavily here at Johansen Herefords.  Semen available. 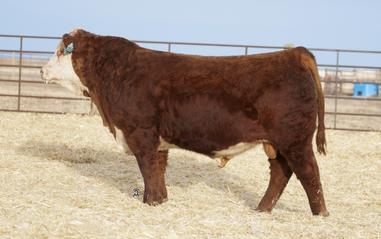